I enjoyed a short California road trip with my husband and daughter over the weekend. Hit reply and share something good that happened to you this week! 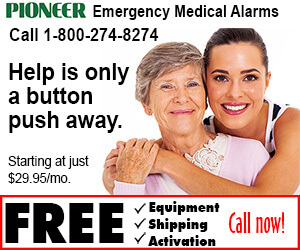 Cinco de Mayo (Spanish for the 5th of May) marks the 1862 victory of the Mexican army over French troops at the Battle of Puebla. It has become a popular cultural holiday in the Southwest, even surpassing its importance in Mexico. The first thing one needs to learn about Cinco de Mayo is that it is not a celebration of Mexican independence. Mexican Independence Day (September 16) commemorates the start of the Mexican revolt against Spain in 1810.

Look in the introductory paragraphs for a link to learn more about the origins of Cinco de Mayo. The rest of the page includes a variety of Mexican themed activities: recipes, songs, Day of the Dead activities, coloring pages, worksheets, and crafts. My favorite Cinco de Mayo craft is a Mexican Sombrero (hat) made from four sheets of newspaper.

“A relatively minor holiday in Mexico, in the United States Cinco de Mayo has evolved into a celebration of Mexican culture and heritage, particularly in areas with large Mexican-American populations. Cinco de Mayo traditions include parades, mariachi music performances and street festivals in cities and towns across Mexico and the United States.” Visit to learn about Cinco de Mayo through an article, videos, and a photo gallery.

This two-page article explains how Mexico struggled in its early years of independence. After years of economic woes, the “French invaded Mexico, and with the help of the Mexican Conservative party, Louis Napoleon imposed Maximilian of Hapsburg as Mexico’s emperor in 1864.” The story has many twists and turns, and is an exciting one to read. Be sure to visit Cinco de Mayo Facts, which is listed in yellow at the bottom of the page.