If all has gone as planned, I am now home after our epic anniversary trip to Aix-en-Provence, Israel, and Amsterdam, and I’m sleeping in my own comfy bed, adjusting to my new time zone. I love traveling, but sometimes I think I love returning home even more. Do you ever feel that way? 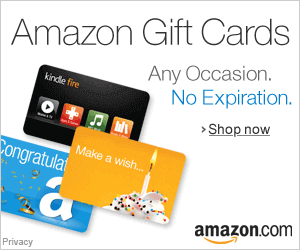 Women’s national suffrage was fought for for more than fifty years, until the Nineteenth Amendment become national law on August 26, 1920. The idea began to gather steam at the 1848 Seneca Falls Convention in New York, and then again two years later at the National Women’s Rights Convention in Massachusetts. In 1869, the first two national suffrage organizations were established. One led by Susan B. Anthony and Elizabeth Cady Stanton, the other by Lucy Stone. Years later, in 1890, the two competing organizations merged and became the National American Woman Suffrage Association, under Anthony’s leadership.

Learn about milestones in the fight for suffrage with this gallery of annotated photos from The Atlantic. “At an open air meeting in Washington, District of Columbia, in March of 1913, calling upon Congress to pass the national woman suffrage amendment. This photograph shows Mrs. John Rogers, sister-in-law of former Secretary of War, and a member of the Advisory Council of the Congressional Union for Women Suffrage, speaking in front of old Corcoran Art Gallery.”

It was 1920 when Congress approved the 19th amendment, giving women the right to vote in all states. But Wyoming and eight other western states granted women voting rights as early as fifty years earlier. Why was that? Explore more with this online lesson. In the introduction, there is a link to another, more general EDSITEment lesson: Voting Rights for Women: Pro- and Anti-Suffrage.

History: The Fight for Woman's Suffrage

“On Election Day in 1920, millions of American women exercised their right to vote for the first time. It took activists and reformers nearly 100 years to win that right, and the campaign was not easy: Disagreements over strategy threatened to cripple the movement more than once.” Visit to read this short history article, accompanied by a gallery of video clips and recordings of speeches and news reports.