Today and tomorrow (Nov 1-2) are celebrated as the Day of the Dead by Mexicans. It is a joyous holiday centered around remembering family and friends that have passed. And November 2 is both Marie Antoinette’s and Daniel Boone’s birthday.

Marie Antoinette (1755-1793) was born into Austrian royalty, the youngest daughter of Emperor Francis I and Maria Theresa. As a young teen, she married the grandson of Louis XV, and became Queen of France at the age of nineteen. As Queen, however, Marie Antoinette was extravagant, frivolous, and widely criticized by the people. She died on the guillotine during the French Revolution. 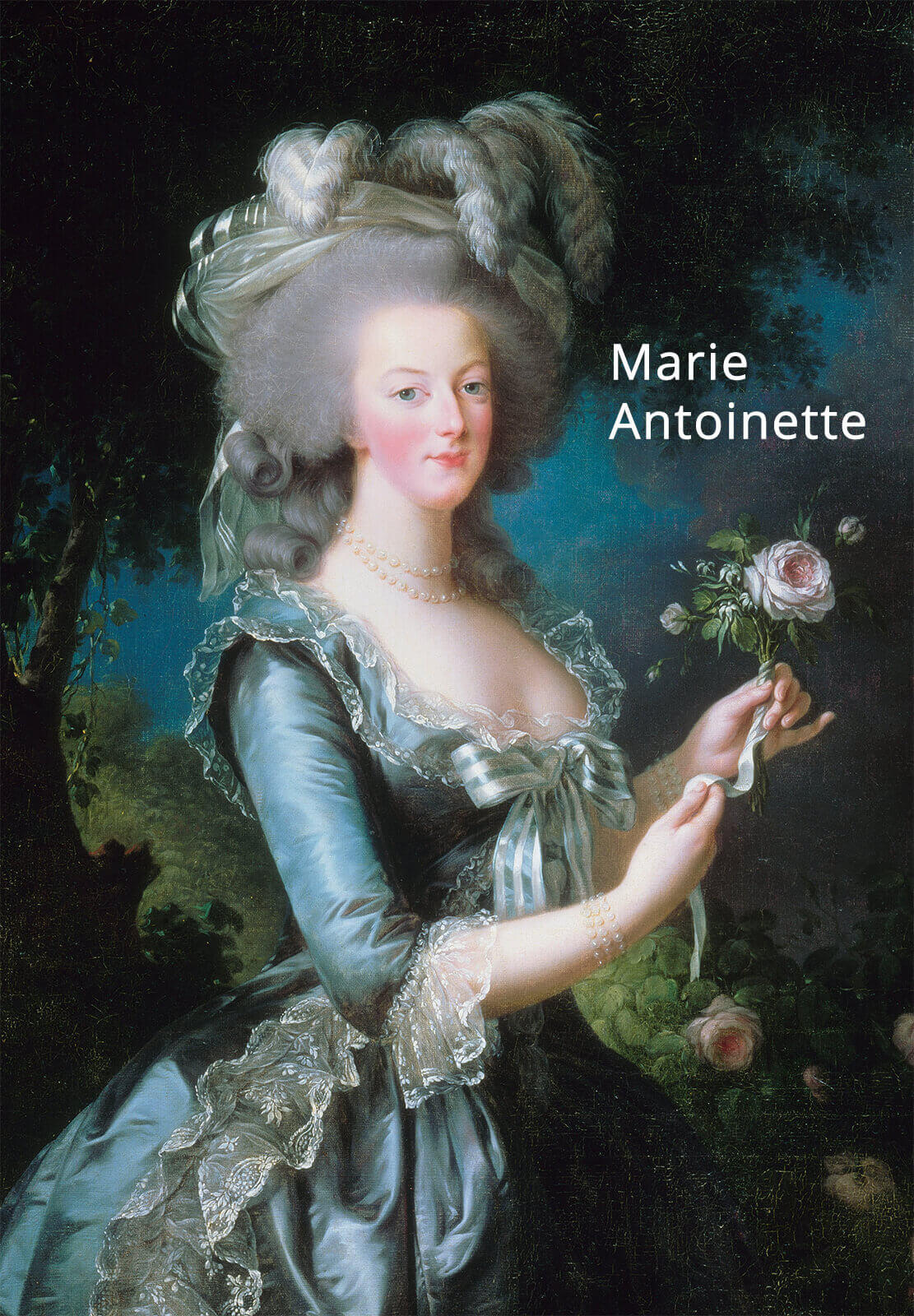 “Back in 1623, Louis XIII – father of Louis XIV – built a ‘hunting lodge, a little gentleman’s chateau’ of brick, stone, and slate at Versailles.” In 1682, after years of additional construction, Versailles became the official residence of the Louis XIV and the Court of France. In 1770, fourteen-year old Marie Antoinette arrived at Versailles from her native Vienna to marry the French Crown Prince. This single illustrated page tells the story of her life at Versailles, with links to many additional pages within the Versailles site.

“According to one popular story, when Marie was asked what the people should do when they had no bread to eat, Marie replied ‘Let them eat cake.’ While this story is most likely not true, it was stories and gossip like this about the queen and king that caused the people to revolt in the French Revolution.” Visit Ducksters for a video about Marie Antoinette and a timeline of the French Revolution.

History.com: 10 Things You May Not Know About Marie Antoinette

Did you know an American city was named after Marie Antoinette? It is Marietta, Ohio, situated at the confluence of the Muskingum and Ohio Rivers. A group of American Revolutionary veterans named the city in 1788, to honor France, who had assisted them in the War of Independence. Visit this History.com article to learn nine more obscure facts, and then follow the red Marie Antoinette link at the bottom of the page for more.

“Take time to deliberate, but when the time for action has arrived, stop thinking and go in.” ~~ Napoleon Bonaparte ~~ (August 15,1769 – May 5,1821) French Emperor from 1804 to 1815. Napoleon became Emperor shortly after the French Revolution. You can read more quotes from him by clicking this link.