Shalom from Israel! My husband and I are here to celebrate Israel’s 70th anniversary. I’ll be posting pictures on Instagram and Facebook from time to time, so please follow me and join the adventure.

Born on April 13, 1743, Thomas Jefferson is best remembered as the author of the Declaration of Independence. But Jefferson’s interests and talents covered an amazing range. He was also a two-term president, diplomat, architect, violinist, inventor and a founder of the Democratic Party. 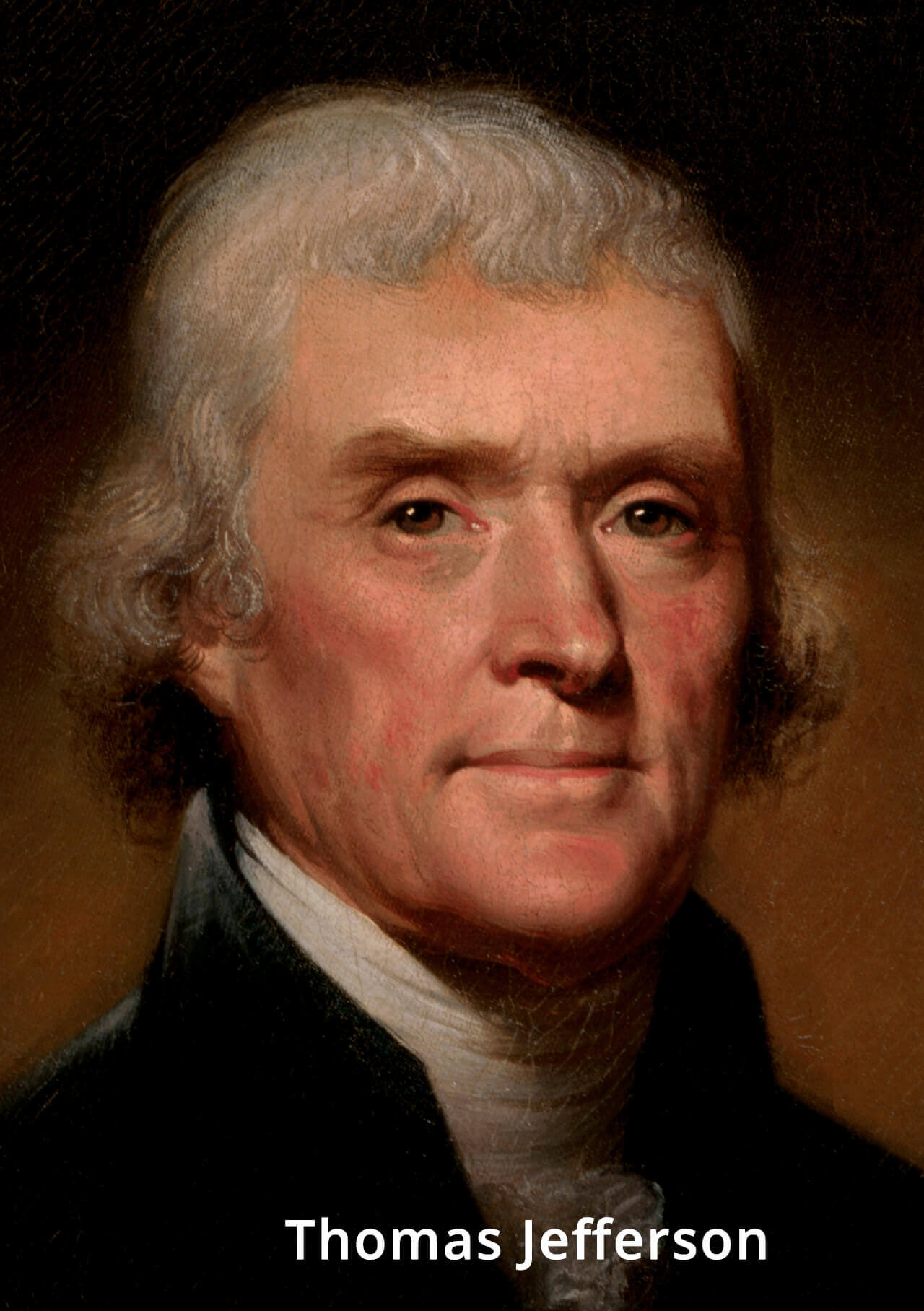 History.com’s Thomas Jefferson exhibit is part of their American Presidents series, and my multimedia pick of the day. Highlights include an eight-part biography (from Early Life to Notable Staff), a timeline, an image gallery, and transcripts of his two inaugural speeches. My favorite clicks are found in Video Gallery and Quiz. “Who did not help draft the Declaration of Independence: George Washington, John Adams, Thomas Jefferson, or Benjamin Franklin?”

“Americans celebrate Jefferson’s election to the presidency in 1801 for setting the great precedent of the peaceful transfer of power between rival political parties. That selective memory, however, slights the nation’s peril and constitutional crisis in early 1801, when the incumbent Federalists risked plunging the nation into civil war rather than surrender power to a despised opponent.” This University of Virginia site for high-school students and grownups is chock-full of insightful analysis of Jefferson’s life and accomplishments.

Jefferson’s first use of the name “Monticello” for his Virginia plantation appears in his August 3, 1767 Garden Book entry: “inoculated common cherry buds into stocks of large kind at Monticello.” In 1809, Jefferson retired from politics and returned to Monticello for a life of family, reading, writing, farming, entertaining, science and philanthropy. What was life like back then? Find out by joining Jefferson on a typical (but virtual) Monticello day (look in the Jefferson sub-menu). Be sure to also visit About Us/Special Projects, where you’ll find “Getting Word,” an online exhibit exploring the oral history of the Monticello slaves, and a variety of lesson plans.

“In matters of style, swim with the current. In matters of principle, stand like a rock.” ~~ Thomas Jefferson ~~ (April 13, 1743 – July 4, 1826) American third U.S. President. Find more quotes about character by clicking this link.