Sonora Dodd first proposed her Father’s Day idea in 1909. Dodd wanted a special day (much like Mother’s Day) to honor her father, William Smart. Smart, a Civil War veteran, single handedly raised Dodd and her five siblings on a farm in rural Washington, after his wife died giving birth to their sixth child. Dodd’s father was born in June, so she chose June 19, 1910 to hold the first Father’s Day celebration in Spokane. 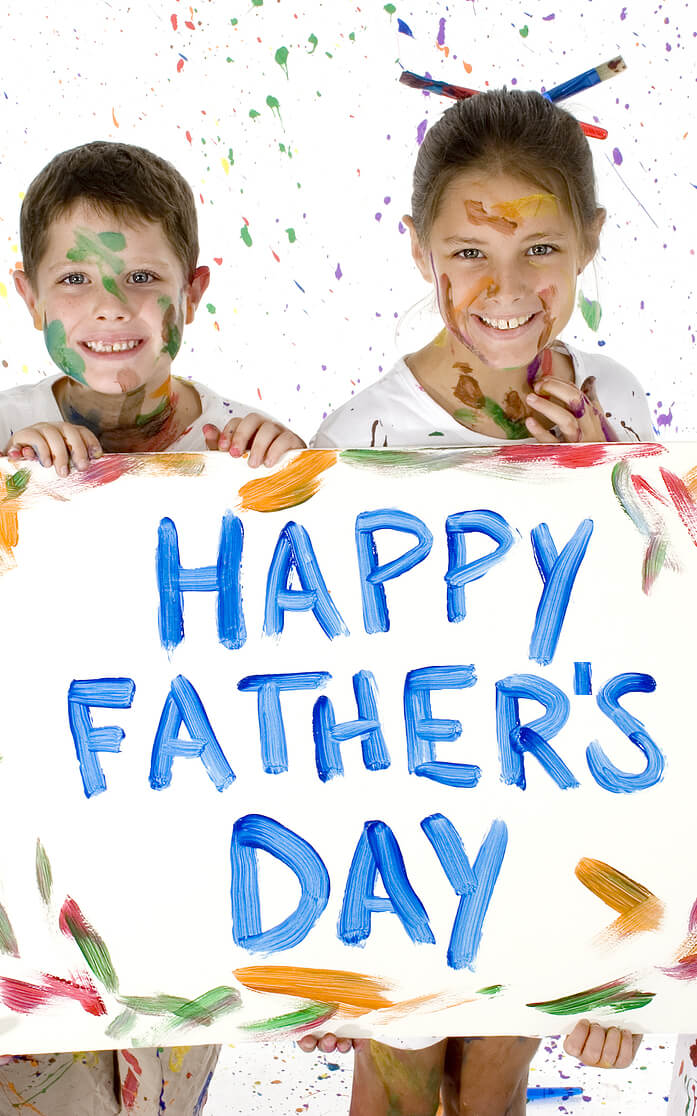 DLTK Kids specializes in print, color, cut and glue crafts, and their Father’s Day collection is impressive. Other goodies include printable Father’s Day cards, printable coloring pages, recipes, and links. Best click, however, is the interactive Awards and Certificates, where you can create a custom Father’s Day certificate (such as “#1 World’s Best Dad”) with your own words, colors, borders and graphics. Don’t miss it.

“How is your father’s life different from his father’s? His grandfather’s? Your’s?” This thoughtful Father’s Day site is quite different from most because of its focus on ideas — rather than projects. It starts with Discussion Topics suitable for classroom or dinner table, and includes suggestions for outdoor family games (Father, May I?) and classroom activities for elementary students. Fun stuff includes special songs for Dad sung to familiar tunes, and famous quotes on fatherhood.

“Histories, stories, and fun facts to share with Dad” include History of the Necktie, Father’s Day Timeline and facts from the census bureau such as the number of U.S. dads, both married and single. Scroll down for quizzes, quotes, a crossword puzzle, and four features on various kinds of dads: athletic dads, sitcom dads, animal dads and prolific dads. “The BBC News recently reported that Akuku, his wives, and children have solved a rather uncommon family problem: they couldn’t all fit into their church so they built a new one just for themselves.”