Happy Independence Day! Here are some additional 4th of July Resources you may find helpful.

Declaration of Independence Printable(** for Premium Members only)
https://www.surfnetkids.com/printables/files/printables-club/declaration_of_independence.pdf

This week we travel back in American history to the time of thirteen colonies struggling to free themselves from the rule of the British monarch. The story of the creation of the Declaration of Independence is a dramatic one, and I’ve found some excellent sites that tell the tale. 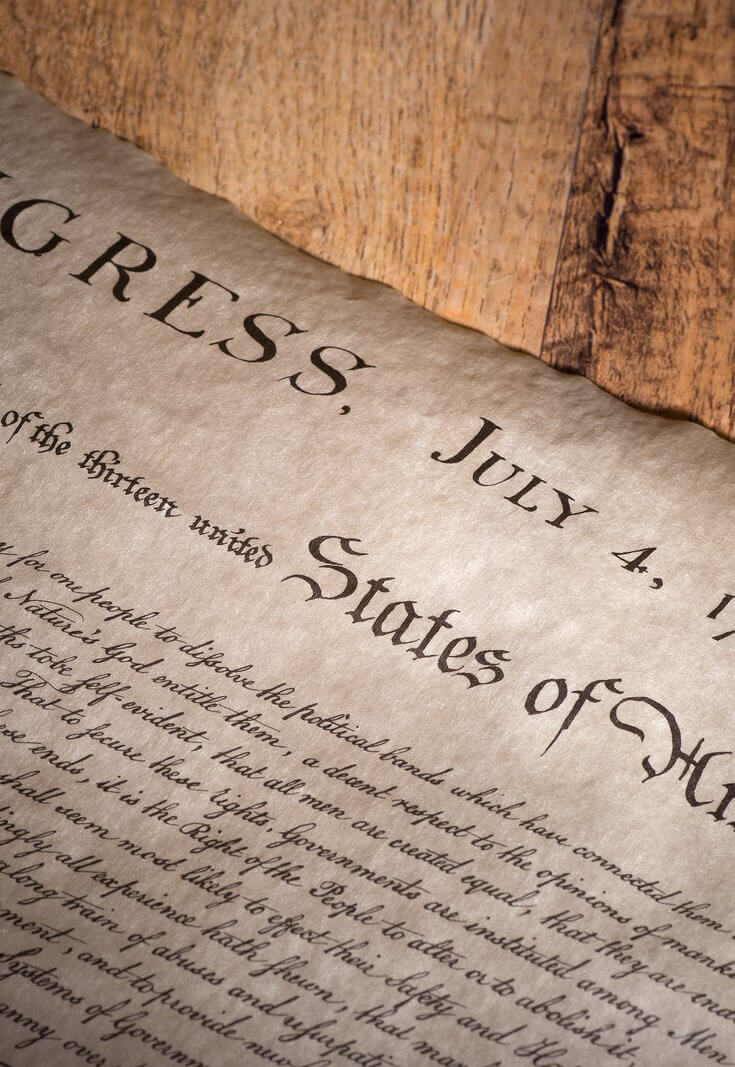 “The thirteen colonies in the America’s had been at war with Britain for around a year when the Second Continental Congress decided it was time for the colonies to officially declare their independence. This meant that they were breaking away from British rule. They would no longer be a part of the British Empire and would fight for their freedom.” Visit Ducksters for answers to questions such as who wrote the Declaration of Independence, and did everyone agree?

In June of 1776, Thomas Jefferson wrote the first draft of the Declaration of Independence in congressionally imposed secrecy. In anticipation of a vote for independence, the Continental Congress appointed a committee to compose a document declaring the colonies’ independence from Britain. That committee then delegated the task to Thomas Jefferson. Jefferson’s first draft of the Declaration can be viewed online at this Library of Congress exhibit. Also on display are fragments of a “Dunlap Broadside,” one of twenty-four surviving copies of the first printing of the Declaration of Independence, done by John Dunlap in Philadelphia on July 4, 1776.

The Declaration of Independence, the Constitution of the United States, and the Bill of Rights are the focus of this site from the U.S. National Archives & Records Administration (NARA). The exhibit is designed to be visited sequentially, following a path from the Making of the Charters, three chapters on the documents themselves, and concluding with the Impact of the Charters.

“I long to hear that you have declared independence — and by the way in the new Code of Laws which I suppose it will be necessary for you to make, I desire you would Remember the Ladies, and be more generous and favorable to them than your ancestors. Do not put such unlimited power into the hands of the Husbands. Remember all Men would be tyrants if they could. If particular care and attention is not paid to the Ladies, we are determined to foment a rebellion, and will not hold ourselves bound by any Laws in which we have no voice, or Representation.” ~~ Abigail Adams to John Adams, March 31, 1776 ~~ (November 11, 1744 – October 28, 1818) wife of John Adams, second president of the United States. Read more Abigail Adams quotes here: https://www.lightafire.com/quotations/authors/abigail-adams/.