John Adams (October 30, 1735 — July 4, 1826) was the second President of the United States, and America’s first Vice President under George Washington. Adams was a signer of the Declaration of Independence, and an early voice for separation from Great Britain. 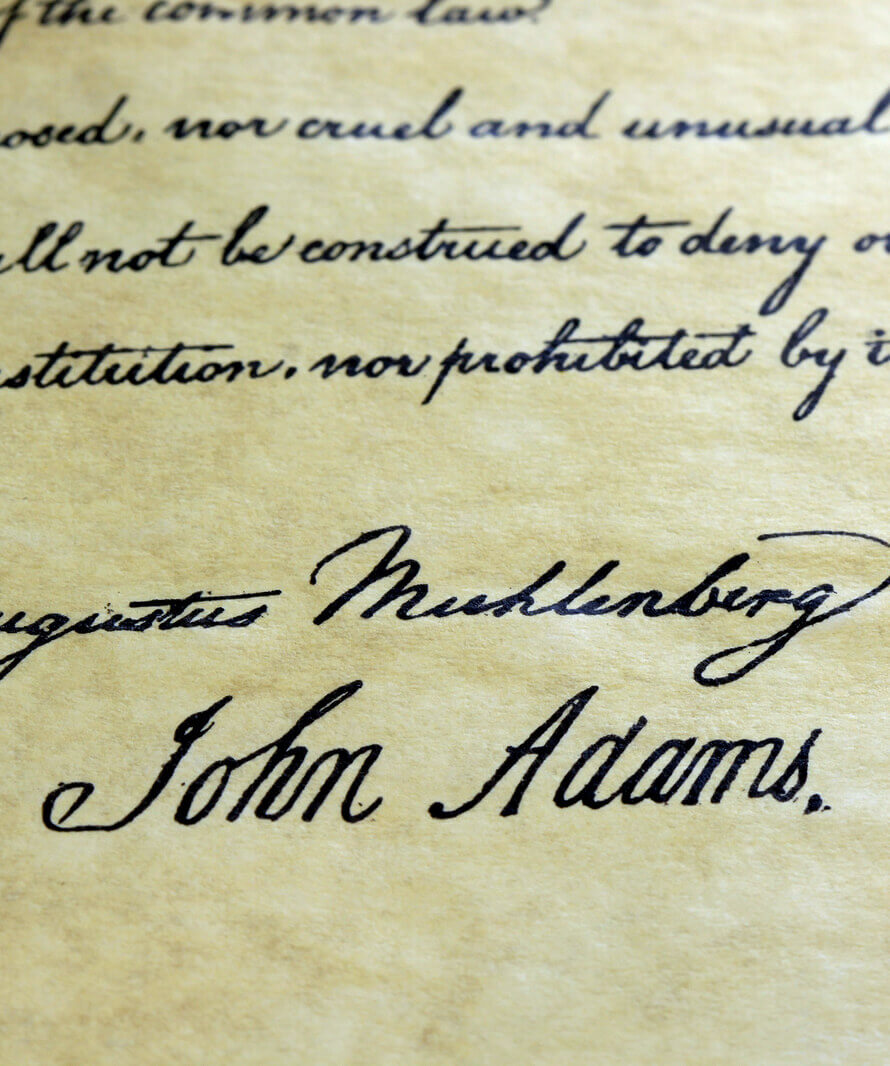 John and Abigail Adams exchanged over 1150 letters during their courtship and marriage. “These warm and informative letters include John’s descriptions of the Continental Congress and his impressions of Europe while he served in various diplomatic roles, as well as Abigail’s updates about their family, farm, and news of the Revolution’s impact on the Boston area.” This archive shows both an image of the original letter, and a transcription. This is a fascinating archive of primary source documents that provide a unique insight into the man and the times.

Although you can’t watch the this PBS special online, you can read the transcript, and enjoy a handful of special web-only features such as The Choice for Revolution. “John Adams was born in the American colonies, and grew up as a subject of Great Britain. Beginning in the 1760s, soon after he had finished his legal studies, a series of political events forced him to question Britain’s rule, and think hard about the rights of American colonists.” Other highlights are an illustrated timeline, and audio narrations from letters written by John and Abigail Adams.

This online guide to the epic, seven-part HBO mini-series includes the usual behind-the-scenes conversations with the playwright, directors and actors. The best reasons to visit, however, are episode summaries, an interactive timeline, and the teacher and student guides. The printable Student Guide (in PDF) includes a biography, a few quotations, important statistics, a timeline, and an introduction to the Adams’ letters.