Today’s topic is in honor of next Perseids meteor shower which will be in view most of the night of August 12th.

Meteor showers are cyclical, predictable events because they are formed from the icy rock debris shed by comets as they pass the Sun. The following sites explain why they happen, when they occur, and offer tips on how to best view them. 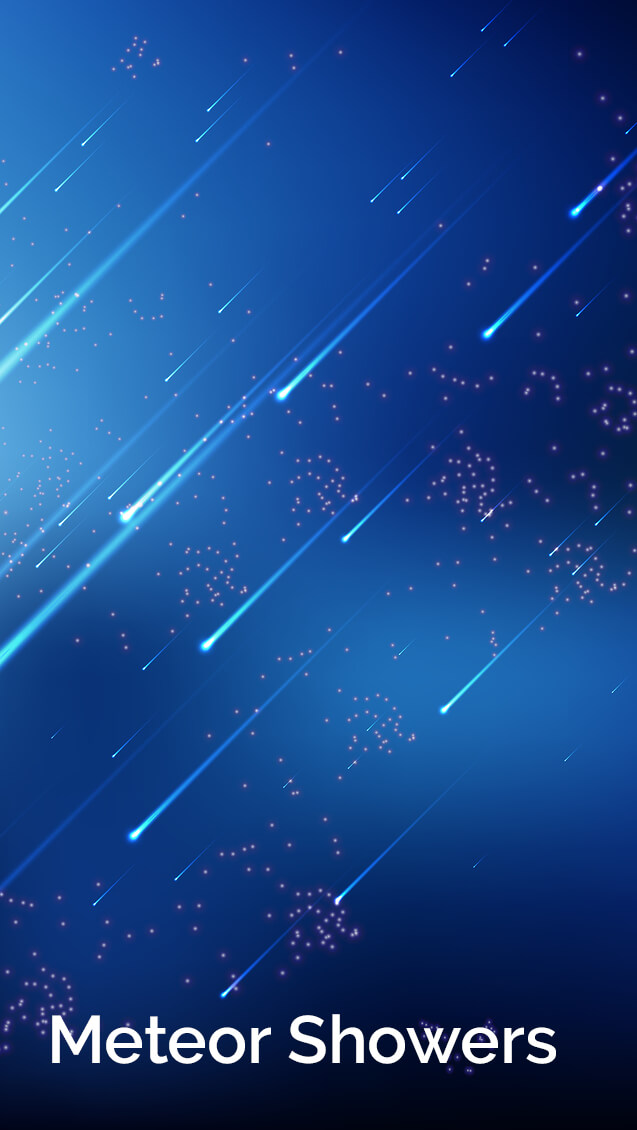 “From earliest times, humankind has noticed flurries of meteors that seemed to emanate from points in the sky at particular times of the year. These flurries, now called meteor showers, are produced by small fragments of cosmic debris entering the earth’s atmosphere at extremely high speed.” Visit the AMS site for Meteor FAQs, Photos, Videos, a Meteor Shower Calendar, and this introductory article.

Scroll through EarthSky’s meteor calendar, from the Quadrantids (in January) to December’s Gemids, to get the low-down on what’s showing in a sky near you. There are also pointers on what to bring with you, and finding a dark sky. “Although astronomers have tried to publish exact predictions in recent years, meteor showers remain notoriously unpredictable. Your best bet is to go outside at the times we suggest, and plan to spend at least an hour, if not a whole night, reclining comfortably while looking up at the sky.”

NASA Space Place: What Is a Meteor Shower?

“In the case of a meteor shower, the glowing streaks may appear anywhere in the sky, but their “tails” all seem to point back to the same spot in the sky. That’s because all the meteors are coming at us at the same angle, and as they get closer to Earth the effect of perspective makes them seem to get farther apart.” At the bottom of this introductory article, you’ll find links to related topics, including Asteroid or Meteor: What’s the Difference?

“When it is dark enough, you can see the stars.” ~~ Ralph Waldo Emerson ~~ (May 25, 1803 – April 27, 1882) American author, transcendental philosopher. If you are interested in reading more Emerson quotes, click this link.