Three years ago I visited Berlin with my daughter. So, in addition to these resources, here’s a photo gallery of pictures I took:
Berlin Wall photo gallery.

In 1945, after World War II, Germany was divided by the victors into two countries. East Germany was controlled by the communist regime of the Soviet Union. West Germany was a democracy supported by the U.S. The former capital city of Berlin, although it was entirely within East German borders, was also partitioned in two. In 1961, the East Germans erected a 103-mile barrier to separate East Berlin from West Berlin. The Berlin Wall blocked free access in both directions for twenty-eight years. In November 1989, the Wall was opened, and East German citizens could once again travel without restriction to the West. 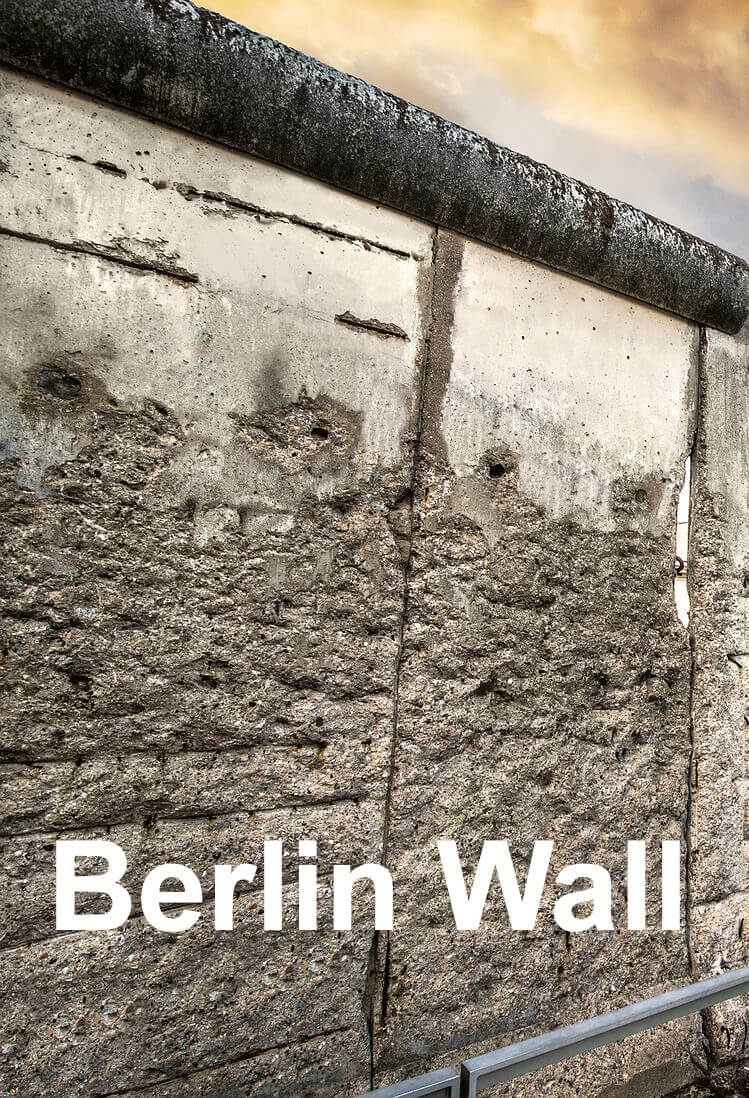 Located in the middle of the city, the Berlin Wall Memorial “contains the last piece of Berlin Wall with the preserved grounds behind it and is thus able to convey an impression of how the border fortifications developed until the end of the 1980s.” You can visit it virtually, via video, photographs, and articles that cover everything from the construction of the wall, to its fall and eventual demolition.

“Checkpoint Charlie was Berlin’s best known crossing point between West and East Berlin near by the inner Berlin sector boundary between 1961 and 1989.” Berliner (and photographer) Heiko Burkhardt offers a look at the Berlin Wall in both English and German. His site includes Facts, Sites, Wall Graffiti Art, FAQ, Maps, and a Timeline.

“The East Side Gallery is the largest open air gallery in the world. In the period from February to September 1990, 1316 meters of the Berlin Wall in the East Berlin Mühlestraße were painted with images. More than 118 artists from 21 countries created 106 unique motives, expressing the joy of the fall of the Berlin Wall on 9 November 1989 and the end of the Cold War in Europe.”

“Any intelligent fool can make things bigger, more complex, and more violent. It takes a touch of genius – and a lot of courage – to move in the opposite direction.” ~~ Albert Einstein ~~ (March 14, 1879 – April 18, 1955) was a German-born American theoretical physicist. Read more quotes from Albert Einstein here.