Fall is here (does it feel like fall in your part of the world?) and the Jewish New Year is just around the corner. L’shana tova to my Jewish readers. Here are a couple of holiday links for you:

Named from two Greek words meaning “terrible lizard,” dinosaurs first appeared about 220 million years ago, and then disappeared rather suddenly 63 million years ago. Dinosaurs capture our imagination in many different ways. Their tremendous size, their fearsome looks, and the mystery of their extinction are but a few of the dinosaur wonders worth pondering. 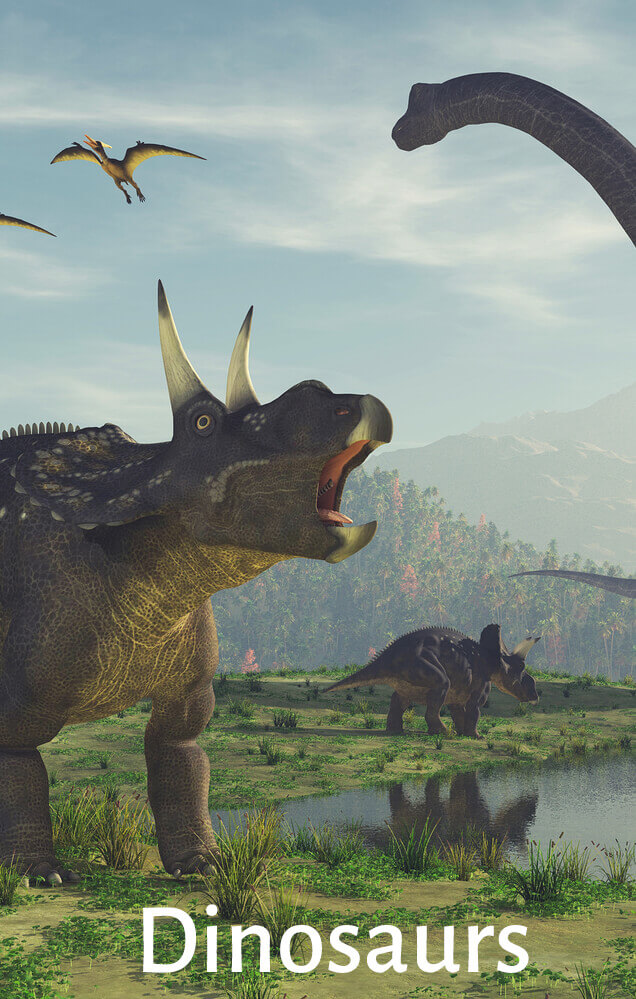 Did you know that “modern birds are a kind of dinosaur because they share a common ancestor with non-avian dinosaurs?” Visit to learn basic dinosaur facts, and discover the field of paleontology. “Paleontologists are like detectives who examine the evidence that extinct animals left behind. “

“To be truthful, the unfortunate fact about the popularity of dinosaurs is that the science that it is based on occasionally is obscured by the fantasy that surrounds it.” From the Museum of Palenotology at the University of California, Berkeley, Dino Buzz dispels some common myths and explores dinosaur debates such as What Killed the Dinosaurs? and Hot Blooded or Cold Blooded? They also include a handful of excellent links to resources both on site and off site.

“The term ‘Dinosauria’ was invented by Sir Richard Owen in 1842 to describe these ‘fearfully great reptiles,’ specifically Megalosaurus, Iguanodon, and Hylaeosaurus, the only three dinosaurs known at the time.” Start with “things to keep in mind about dinosaurs” to learn a few facts that may surprise you. For example, most dinosaur experts consider birds to be dinosaurs, and popular culture confuses the subject further by calling “everything big and dead” a dinosaur.