How about that time change? I’ve acclimated more or less, but my cats (we have three!) are going crazy for their dinner and driving me mad in the process. Who rules your house? Around here it is definitely the cats.

Ten centuries ago, Vikings lived in northern Europe, in an area that now includes Denmark, Norway and Sweden. Vikings were infamous pirates and warriors, terrorizing Europe for hundreds of years. But warfare was not their only pursuit. They excelled on the sea, and were among the best shipbuilders of their time. Learn more at the following sites. 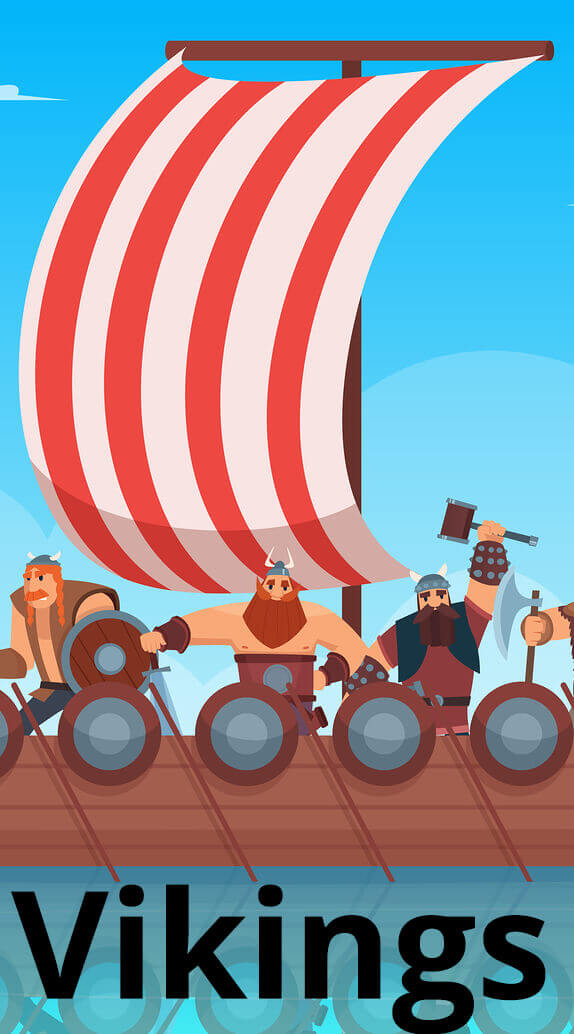 “The Viking age in European history was from about AD 700 to 1100. During this period many Vikings left their homelands in Scandinavia and travelled by longboat to other countries, like Britain and Ireland.” This BBC School site explores Viking life, Viking warriors, and Viking beliefs. It includes illustrated articles answering a variety of questions (“Who were the Vikings?”) and a gallery of 16 videos.

Historical Association: The Vikings in Britain

“We know about them [Vikings] through archaeology, poetry, sagas and proverbs, treaties, and the writings of people in Europe and Asia whom they encountered. They left very little written evidence themselves. As well as warriors, they were skilled craftsmen and boat-builders, adventurous explorers and wide-ranging traders. ”

Vikings were not a race of people with common ancestry. “Their common ground — and what made them different from the European peoples they confronted — was that they came from a foreign land, they were not ‘civilized’ in the local understanding of the word and — most importantly — they were not Christian.” Visit this History.com page for an introductory Viking video and companion article with links to related topics such as Leif Eriksson.

“It is always with excitement that I wake up in the morning wondering what my intuition will toss up to me, like gifts from the sea. I work with it and rely on it. It’s my partner.” ~~ Jonas Salk ~~ (October 28, 1914 – June 23, 1995) developer of polio vaccine. Click this link to read more Jonas Salk quotes.