Happy New Year! This year I’m doing something I’ve never done before: a major home remodeling project. Starting in just a few days, my kitchen and master bath are going to be demolished. Yikes! I’ve got a pretty good alternative kitchen setup in our TV room, and we do have an extra bathroom. But still, I’m nervous/excited. In a few days I’ll be posting some before pictures on Facebook. You can follow me there by logging into Facebook, and clicking the “Follow Barbara” button.

Sir Isaac Newton (1642 – 1727) was an English scientist who made great contributions to physics, optics, math and astronomy. Among elementary and middle-school students, he is best known for his Three Laws of Motion and the Universal Law of Gravitation. Have you heard the story about an apple dropping on Newton’s head? Learn more at the following sites. 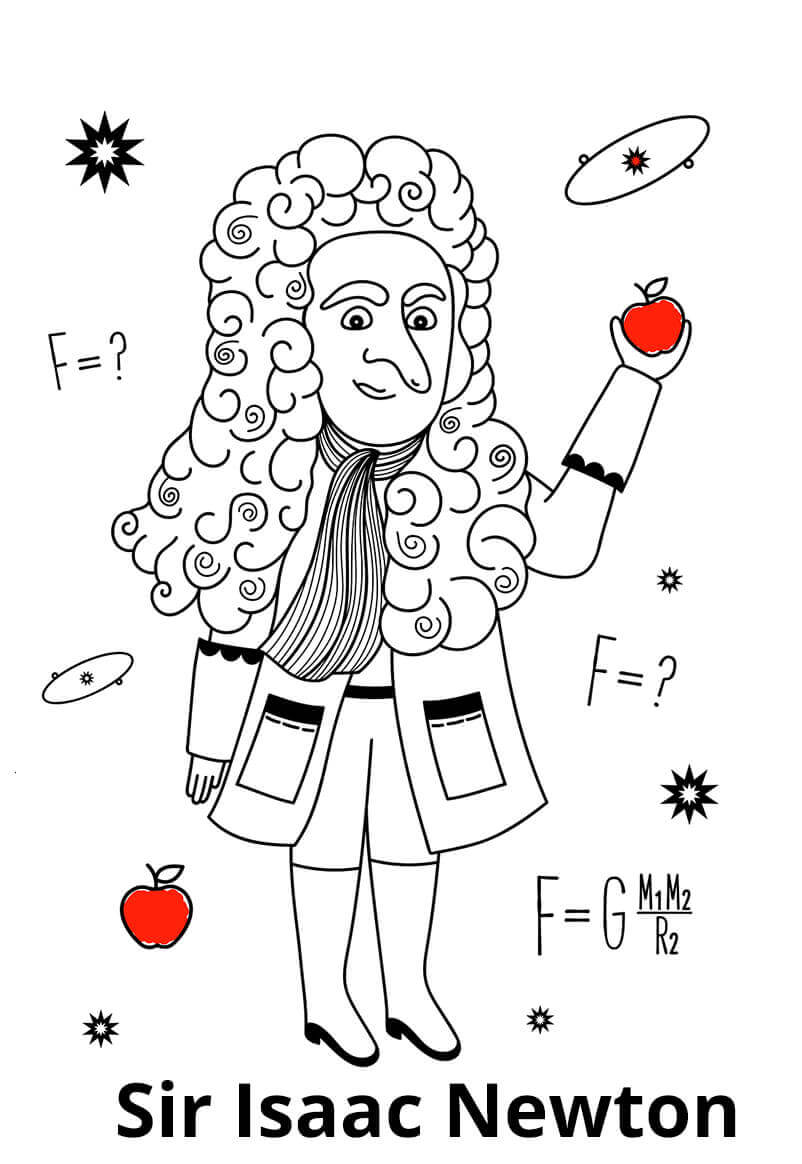 Learn about Newton’s famous Three Laws of Motion at this single-page lesson. Although the design of the page is a bit dated, the content, the illustrations, the examples, and the interactive formulas are excellent. “Newton’s First Law states that an object will remain at rest or in uniform motion in a straight line unless acted upon by an external force. It may be seen as a statement about inertia, that objects will remain in their state of motion unless a force acts to change the motion.”

“The motion of an aircraft through the air can be explained and described by physical principals discovered over 300 years ago by Sir Isaac Newton.” This illustrated, hyperlinked lesson created by NASA introduces Newton’s Laws of Motion and how they apply to aviation. The grade-level buttons (labeled 6-8, 9-12, and 11-12) link to related worksheets, activities, and quizzes. Stay on the Newton Guided Tour by navigating with the Next and Previous buttons, or jump to a new section by visiting the colored buttons (such as Kite Index or Model Rocket Index.)

The Physics Classroom is an illustrated, animated tutorial for high-school students written by high-school science teacher Tom Henderson. These four lessons explain Newton’s Laws of Motion with multimedia demonstrations and quizzes. My favorite clicks are the interactive activities listed in the Shockwave Physics Studio (which have been recreated without the use of the now-retired Shockwave player) and the animations found in Multimedia.