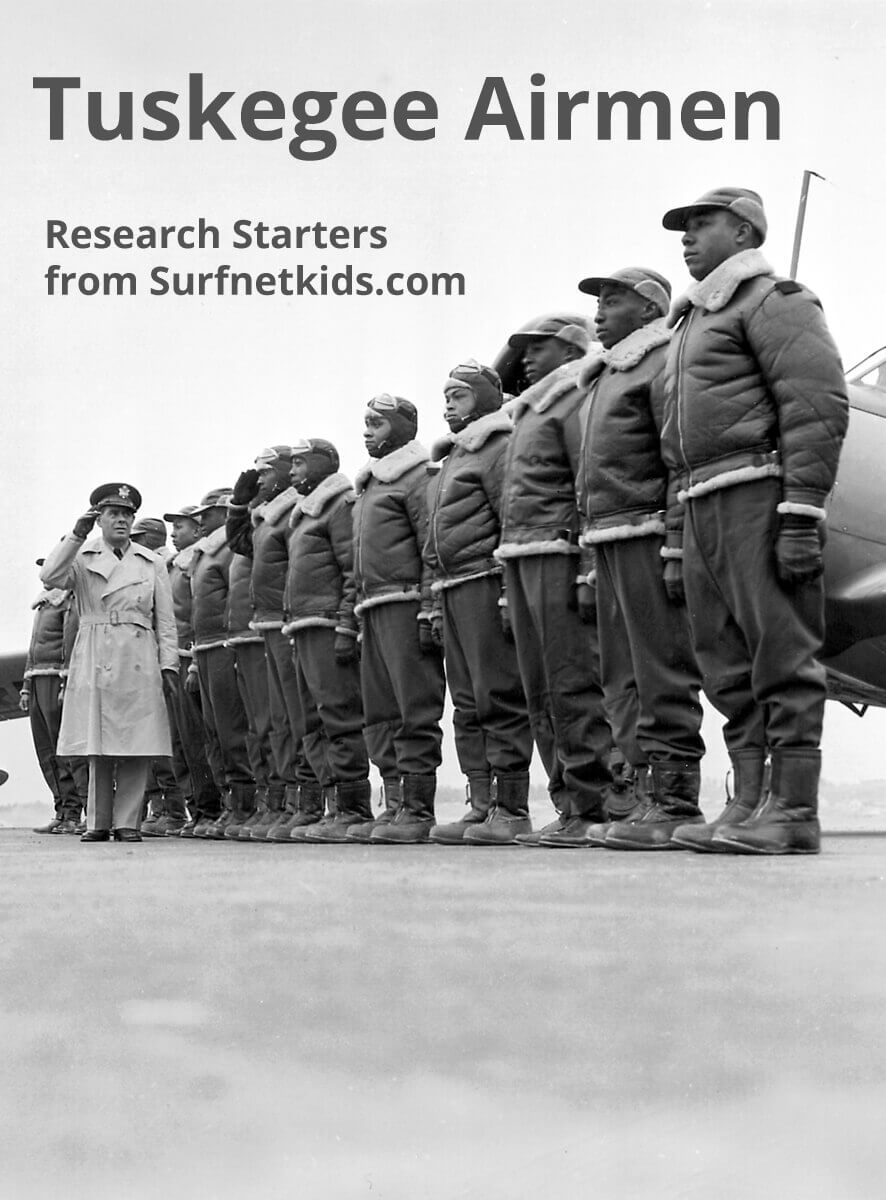 “Like many others in the late 1930s, the individuals who become known as the Tuskegee Airmen were full of patriotic zeal and eager to join military service as the war in Europe and Asia intensified. What set them apart was that they had the passion and skill to fight the enemy from the air as pilots, something that black Americans had never been allowed to do before.” This is my Tuskegee Airmen site of the day. Best reasons to visit include the Virtual Museum, and the more than 100 profiles of the American heroes we now call Tuskegee Airmen.

“Tuskegee is more than a town located in Macon County, Alabama. It is an idea and an ideal. It was a bold experiment and a site of major African-American achievements for over 100 years.” This National Parks Service web exhibit honors three legends: Booker T. Washington, George Washington Carver, and the Tuskegee Airmen. Washington was the first principal of the African-American college that became the Tuskegee Institute. Carver was a teacher there for forty years. The Tuskegee Airmen (America’s first black pilots) were named after the Institute where they began their Air Force training.

This Smithsonian site is a tribute to all African American Pioneer Aviators, including but not limited to the Tuskegee Airmen. “Bessie Coleman broke through the headwinds of racial prejudice as a barnstorming pilot at air shows in the 1920s. As a pilot, Bessie Coleman quickly established a benchmark for her race and gender in the 1920s. She toured the country as a barnstormer, performing aerobatics at air shows.”

“No human race is superior; no religious faith is inferior. All collective judgments are wrong. Only racists make them.” ~~ Elie Wiesel ~~ (1928- 2016) was a Romanian-born American Jewish writer, professor, political activist, Nobel Laureate and Holocaust survivor. Click this link to read more Elie Wiesel quotes at Lightafire.com.