If you are looking for some 4th of July resources, here is my round-up of all the Independence Day resources from Surfnetkids, including coloring pages and research starters: 4th of July Resources. Hope you find a way to celebrate that is both fun and safe!

Battle of Gettysburg Printable(** for Premium Members only)
https://www.surfnetkids.com/printables/files/printables-club/battle_of_gettysburg.pdf 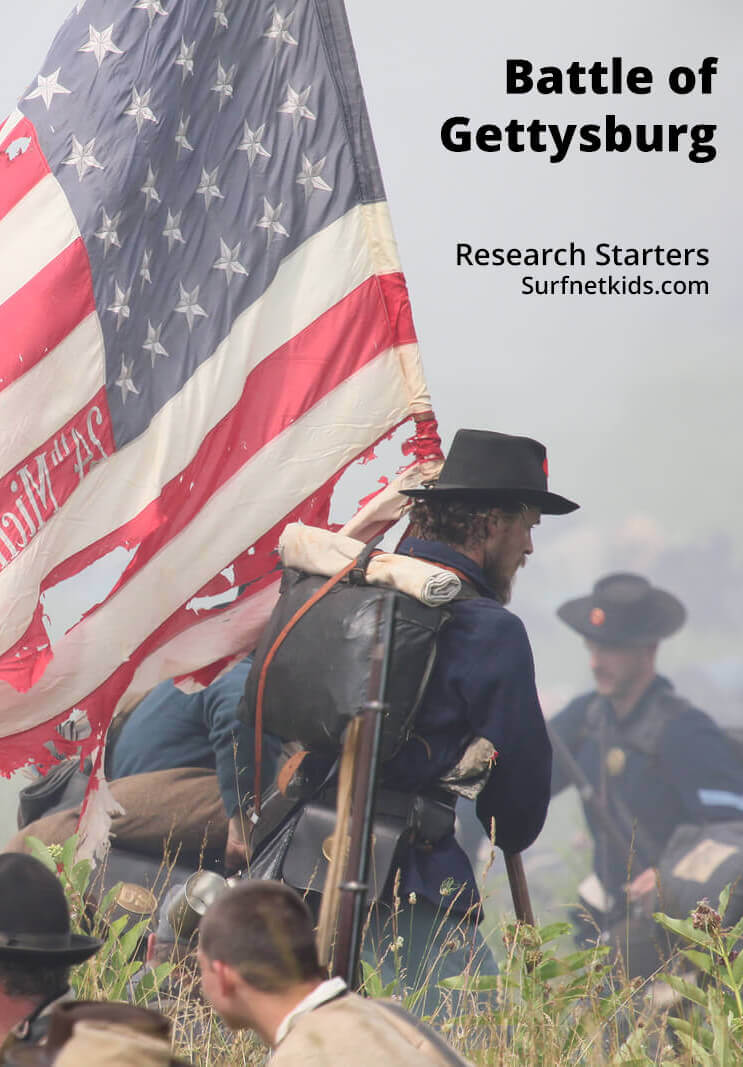 “In the summer of 1863, Confederate Gen. Robert E. Lee launched his second invasion of the Northern states. Lee sought to capitalize on recent Confederate victories and defeat the Union army on Northern soil, which he hoped would force the Lincoln administration to negotiate for peace.” Battlefields.org is a trust dedicated to preserving America’s battlegrounds and educating the public about their history. Visit their website for a short introduction to the Battle of Gettysburg, and then scroll down for related articles such as 7 Gettysburg Myths and Misconceptions, Gettysburg Campaign Map and Gettysburg photo gallery.

In 1863, David Wills, a Pennsylvania judge, was given the task of “cleaning up the horrible aftermath of the [Civil War] battle” at Gettysburg. Wills acquired seventeen acres for a national cemetery and three weeks before its dedication, invited President Lincoln to “formally set apart these grounds to their sacred use by a few appropriate remarks.” Lincoln’s brief remarks at the cemetery on November 19, 1863 became one of the most memorable presidential speeches ever given. Can you recite it? “Four score and seven years ago . . .”

This kids section from the Gettysburg National Military Park answers lots of questions about the Battle and the War, in a kid-friendly voice. “Whew! You need a scorecard to keep track of everyone who was important at the Battle of Gettysburg! Check out who some of the big (and little) shots were.” Be sure to click on the underlined section titles, as they lead to more content. And don’t miss the printable twenty-question quiz: The Gettysburg History Challenge.