Today’s topic is inspired by both the recent Disney+ streaming release of the Hamilton movie, and the upcoming anniversary of the Hamilton v. Burr duel, which took place on July 11, 1804.

Have you watched the Hamilton movie yet? Are you going to? I saw the musical three times (loved it each time) and I’m sure I will see the movie sometime this summer, but I haven’t yet signed up for Disney+.

Aaron Burr Jr. (February 6, 1756 – September 14, 1836) was the third Vice President of the United States (1801–05), serving during President Thomas Jefferson’s first term. Despite his successful career as a politician and lawyer, Burr is frequently remembered for killing his political rival Alexander Hamilton in a duel (1804), and for his (unrelated) arrest on charges of treason in 1807. 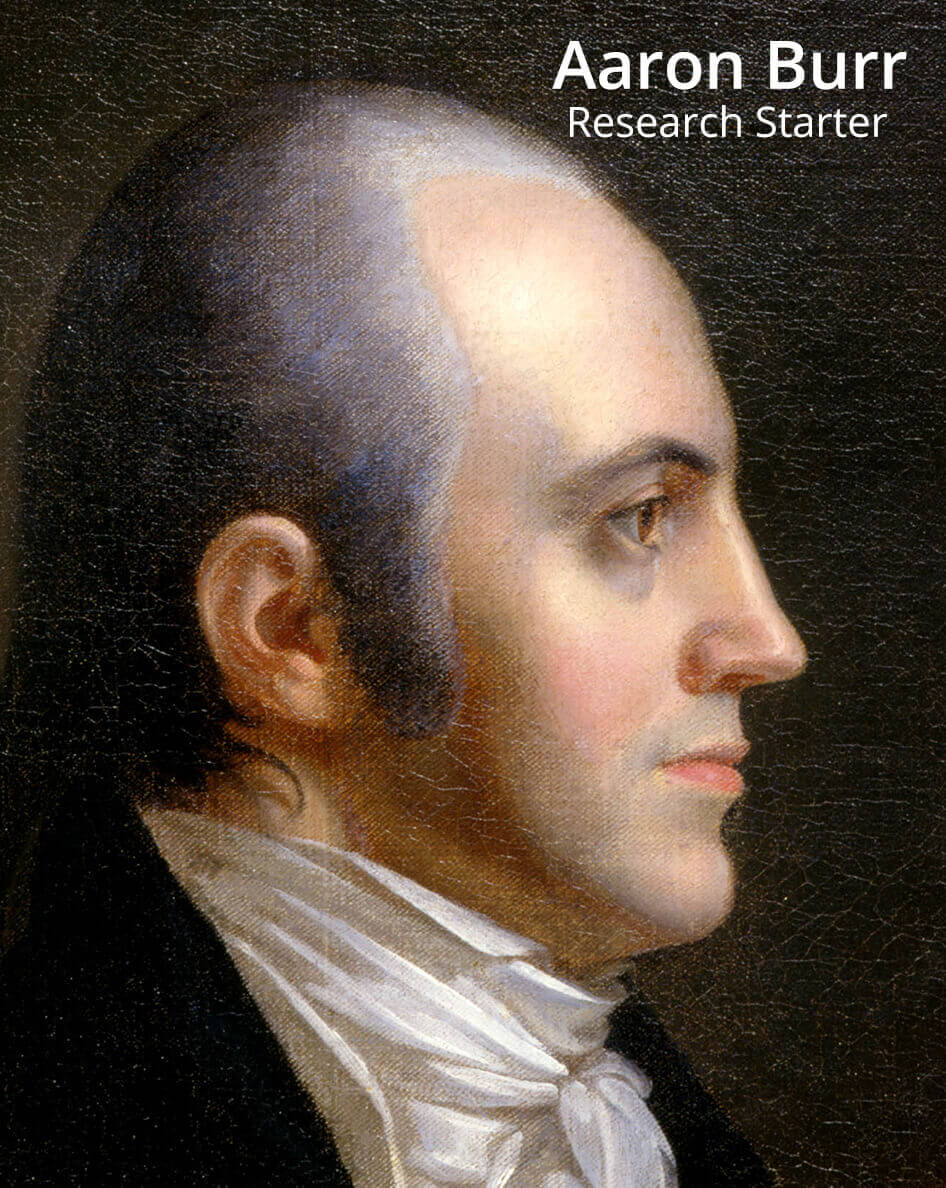 “Aaron Burr was born in Newark, New Jersey, on February 6, 1756, to a long line of English gentry who had been active in politics. Burr’s father was a Presbyterian minister and the president of the College of New Jersey. After the loss of both of his parents, Burr and his sister went to live with their wealthy maternal uncle.” Visit for quick facts and a one-page Aaron Burr biography.

Eyewitness to History: Duel at Dawn 1804

“The relationship between Alexander Hamilton and Aaron Burr was charged with political rivalry and personal animosity. Alexander Hamilton, the nation’s first Secretary of the Treasury, was the chief author of The Federalist Papers advocating a strong central government. Burr represented the old Republican Party.” Learn about the famous duel from two first-hand accounts: one written jointly by Burr’s and Hamilton’s seconds (their assistants); the other by the attending physician.

“Aaron Burr, grandson of the theologian Jonathan Edwards, served with distinction in the Revolutionary War and was nearly elected the nation’s third president. In 1804 they [Burr and Hamilton] met in a duelan honor match that changed the course of American history.” This is a companion site to the PBS movie of the same name. Visit for Special Features (articles on topics such as History of Dueling in America), a timeline, synopses of related Peoples & Events, and a Teachers Guide that includes classroom discussion questions.

“Live as if you were to die tomorrow. Learn as if you were to live forever.” ~~ Mahatma Gandhi ~~ (October 2, 1869–January 30, 1948) Indian political and spiritual leader. Cool words from a cool dude; click this link to find more.