I can’t believe that Christmas and Hanukkah are just around the corner! So, did you grab any Thanksgiving weekend deals? Did you shop in a store, or online? Were they for yourself, or gifts for others? Let me know by replying to this email!

On December 5, 1955 in Montgomery, Alabama, supporters of the Civil Rights Movement began a thirteen-month boycott against the city’s bus system as a protest against its policies of racial segregation. The boycott was lead by Reverend Martin Luther King, Jr., and was triggered by seamstress Rosa Parks, who days earlier had been arrested for refusing to move to the back to of the bus to make room for a white passenger. 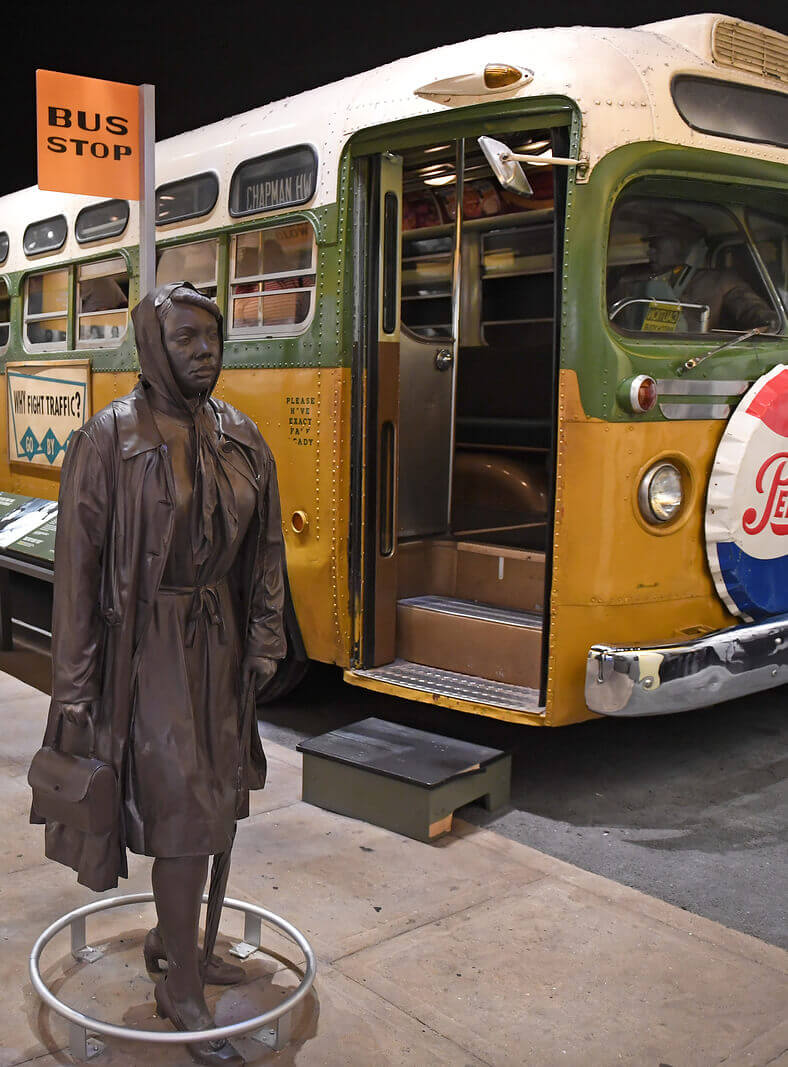 “The boycott was planned at a meeting in Martin Luther King, Jr.’s church. They formed a group called the Montgomery Improvement Association with Martin Luther King, Jr. as the leader. After the first day of the boycott, the group voted to continue the boycott.” This Duckster article is part of their Civil Rights for Kids lesson, and has lots of links to related topics, and related games and puzzles.

With four short videos and an introductory article, History.com is a great place to start your research for a school report on the Montgomery Bus Boycott. “The boycott took place from December 5, 1955, to December 20, 1956, and is regarded as the first large-scale U.S. demonstration against segregation. Four days before the boycott began, Rosa Parks, an African-American woman, was arrested and fined for refusing to yield her bus seat to a white man.”

“Sparked by the arrest of Rosa Parks on 1 December 1955, the Montgomery bus boycott was a 13-month mass protest that ended with the U.S. Supreme Court ruling that segregation on public buses is unconstitutional.” For high-school and college students, this encyclopedia article from King Research and Education Institute offers hyperlinks to related articles, a complete bibliography for offline research, and a gallery of primary source documents. These documents include Rosa Park’s December 1, 1955 arrest report, a “Don’t Ride the Bus” leaflet (dated December 2, 1955) and a letter to the editor of the Montgomery Advertiser explaining “the use of Gandhi-like tactics.”

“Faith is taking the first step even when you don’t see the whole staircase.” ~~ Martin Luther King, Jr. ~~ (January 15, 1929–April 4, 1968) African-American civil rights leader. For information about some notable civil rights activists and their quotes, click this link.