Wishing all my American readers a very happy Independence Day. Long may freedom ring, throughout our country and around the world. And for 4th of July resources, here are a few links: July 4th Resources from Surfnetkids.com. 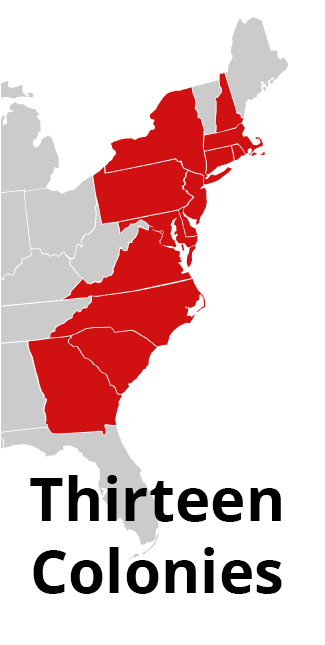 Learn more about the colonies with DK’s short introduction and color-coded map. “Each colony made its own laws and had its own governor. Many colonies printed their own currency. The colonials were proud to be British subjects, but for many years had been left alone to manage their own affairs.”

“What is a colony? A colony is a region of land that is under the political control of another country. Usually the controlling country is physically far away from the colony, as was the case with England and the American colonies.” Visit Ducksters to learn why and when the American colonies were established.

History.com tells the story of the colonies with lots of videos, and an article appropriate for middle-school and older. “In 1700, there were about 250,000 European and African settlers in North America’s thirteen English colonies. By 1775, on the eve of revolution, there were nearly 2.5 million. These colonists did not have much in common, but they were able to band together and fight for their independence.”

“Freedom of teaching and of opinion in book or press is the foundation for the sound and natural development of any people.” ~~ Albert Einstein ~~ (March 14, 1879 – April 18, 1955) was a German-born American theoretical physicist. Click here to explore more quotes about freedom.