Happy birthday, Alexander Hamilton (January 11, 1755 or 1757 – July 12, 1804)! Today’s topic choice was inspired by Lin-Manuel Miranda’s Tony-award winning Hamilton musical, which I saw last weekend for the THIRD TIME! To learn more about how Miranda was inspired to write a hip-hop musical about one of our founding fathers, I recommend this New Yorker article: All About the Hamiltons.

Alexander Hamilton (January 11, 1755 or 1757 – July 12, 1804) was a Founding Father of the United States, the first Secretary of the Treasury (under President George Washington), author of the Federalist papers, Father of the United States Coast Guard, and the founder of The New York Post. Hamilton was not born into privilege, but was educated at what is now Columbia University. He died in a duel with Vice President Aaron Burr. 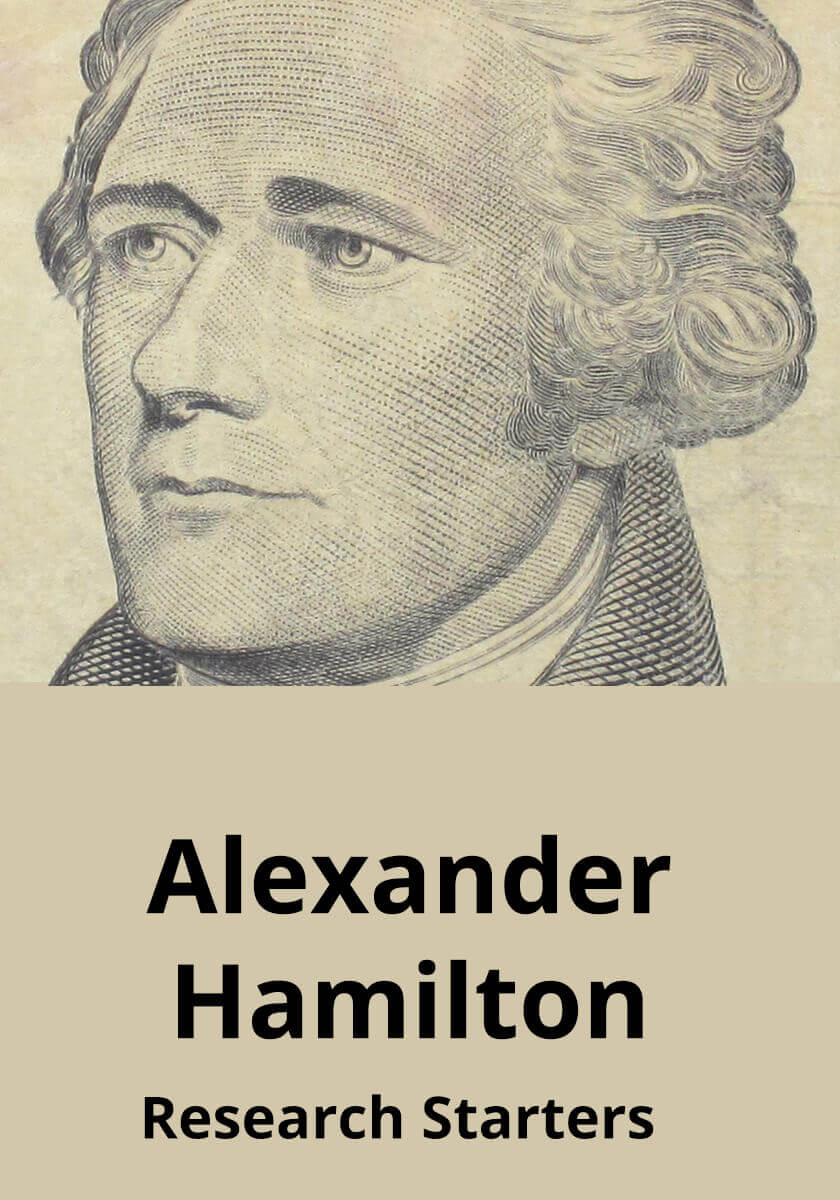 “In 1777, Hamilton became General George Washington’s assistant. In 1788, he convinced New Yorkers to agree to ratify the U.S. Constitution. He then served as the nation’s first Secretary of the Treasury, from 1789 to 1795. On July 12, 1804, in New York City, Hamilton died of a gunshot wound that he sustained during a duel with Aaron Burr.” This one-page biography includes links to related biographies and a dozen Hamilton quotes.

“Though he never attained the highest office of his adopted country, few of America’s founders influenced its political system more than Alexander Hamilton (1755-1804). Born in the British West Indies, he arrived in the colonies as a teenager, and quickly embarked on a remarkable career.” In addition to the videos and biography found here, be sure to jump on over to History’s 5 Things You Didn’t Know About Alexander Hamilton.

Based on an exhibition at the New-York Historical Society, this multimedia exhibit features “some of the rarest and most precious historical objects and documents connected with Alexander Hamilton and the Founding era, including the pistols that Hamilton and Burr used in their deadly duel, original copies of the U.S. Constitution and the Declaration of Independence, and handwritten correspondence between Hamilton and his friends and enemies.” Click on Exhibition Virtual Tour to begin. Depending on your browser settings you may be asked to allow the Flash plugin.

“Vigor of government is essential to the security of liberty.” ~~ Alexander Hamilton, The Federalist Papers ~~ (January 11, 1755 or 1757 – July 12, 1804) Founding Father of the United States, first Secretary of the Treasury (under President George Washington), the founder of U.S. financial system, Father of the United States Coast Guard, and founder of The New York Post. Check out the Alexander Hamilton page at Lightafire.com for resources and more quotes.